Eating Grapefruit- Is it Worth it?

They were created accidentally but have gripped the world by storm. We produce approximately 9.3 million tons of grapefruits annually.

Though eating grapefruit has its benefits allowing with a delicious and distinct flavor, the compounds can cause various problems.

Why can’t some people eat grapefruit?

There are many types of people who should not eat grapefruit. There are a group of compounds found in grapefruit that are known as furanocoumarins. These compounds interfere with medication, becoming ineffective or too effective. Both come with their own set of problems.

These are known to inhibit the function of a digestive enzyme called CYP3A4 which assists in the metabolism of drugs.

When this enzyme is inhibited, this can lead to drugs remaining in your system for longer than they should. This causes an elevation in the medication levels found in your bloodstream which can potentially be fatal.

As soon as you consume these furanocoumarins, the damage is done. It can take up to 3 days for your body to produce more of the CYP3A4 enzyme. As little as 200 ml of grapefruit juice can have this impact. 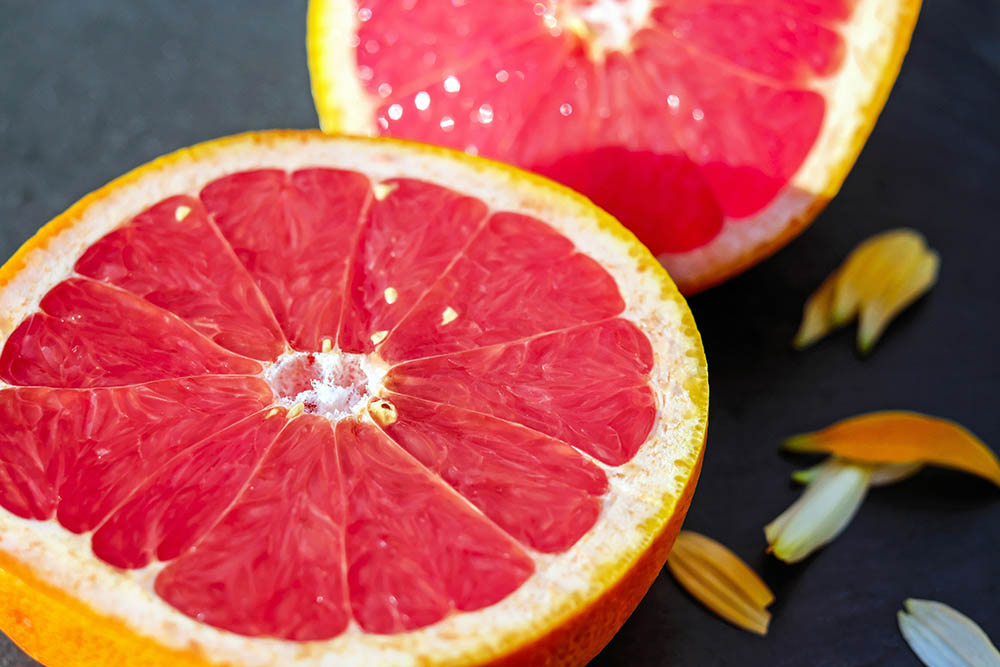 There are also compounds known as flavonoids found in grapefruits. The specific ones that are relevant here are known as naringin and hesperidin.

These are known to block the function of a protein in the body called OATP (organic anion transporter polypeptide). The purpose of this protein is to transport drugs into the cells of the body.

These flavonoids can inhibit the absorption of drugs into the body, meaning that they are less effective.

Unlike the interaction with the CYP3A4 enzyme, this process is only temporary. Within 4 hours of consumption, the inhibition period has ended.

As with any medical issue you may be concerned about, you should always contact your doctor for proper advice. That being said, it appears as though most diabetics should be safe to eat grapefruit unless they are taking additional medications.

The average grapefruit contains about 15 grams of carbohydrates, roughly the same as an apple. This means that they are not super high in carbohydrates and can safely be consumed as part of a balanced diet.

Grapefruit has a GI (glycemic index) of 25. Diabetics are generally advised to eat foods with a low GI, for example under 55.

It is often recommended that diabetics do not drink grapefruit. This does not contain fiber and there is a higher quantity of carbohydrates, about 24 grams per cup.

This study was mimicked in 2015 in rats and showed similar results. This suggests that there is some potential for using grapefruit juice as a complementary treatment for diabetes.

Many people with type 2 diabetes take a medication known as metformin.

Some people can become concerned with the influence of grapefruit on metformin, but this is incorrect. Metformin is not metabolized in the body, meaning that there is no interaction with grapefruit products.

What medications should not be taken with grapefruit?

According to the FDA, there are more than 85 drugs that have known interactions with grapefruit and grapefruit products. These include prescription and over-the-counter medications and it is the law that the packaging contains warnings. 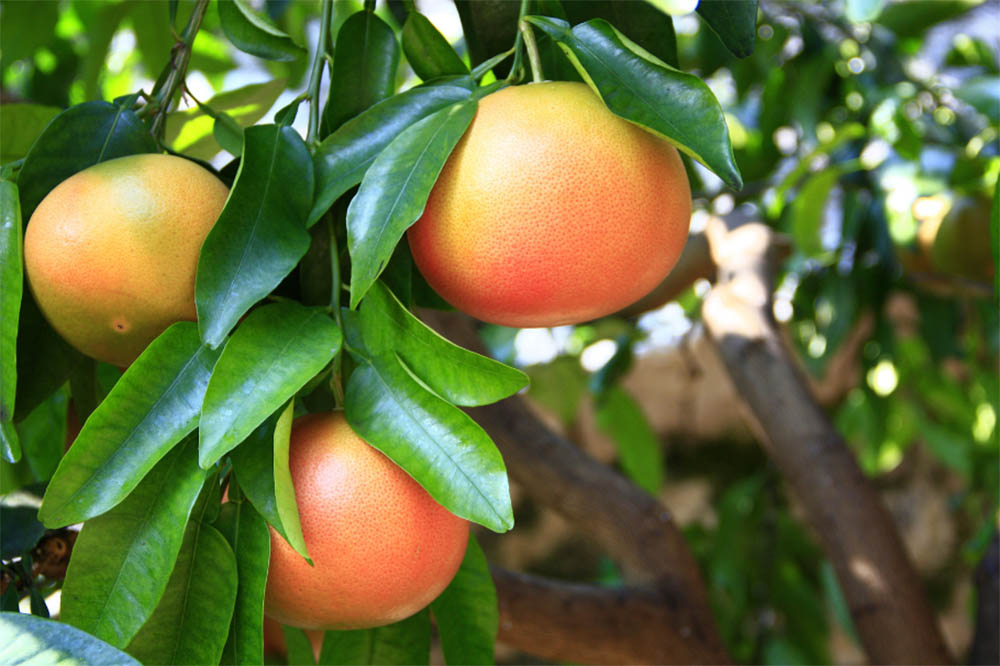 Some common medications that grapefruit is known to interact with include:

There are other citrus fruits that may have similar effects on your medication. These include Seville oranges, pomelos, and tangelos.

Seville oranges are what are used to make marmalade. Tangelos are a hybrid between grapefruit and tangerines.

What are the health benefits of grapefruit?

There are a number of positive things that grapefruit can do for your body. The juice has been used as a complementary treatment for asthma, high cholesterol, atherosclerosis, and psoriasis.

It gained notoriety in the weight loss world when the grapefruit diet took over headlines.

All this diet asked of you was to eat healthy balanced meals and eat grapefruit before each meal. The weight dropped off and people loved grapefruits even more.

People take grapefruit seed extract for yeast, viral, and bacterial infections. It can be used as a facial cleanser and as a cure for mild skin infections.

Grapefruit oil can be applied topically to the skin to soothe tired muscles. It can also promote hair growth, tone your skin, and can be used as a cure for acne and oily skin. Swine flu, common flu, and the common cold are all said to respond well to grapefruit oil.