10 Things You Should Know About Sushi & Sushi Spots

10 Things You Should Know About Sushi

Sushi and sashimi have become suburban chic in recent years. A few years ago, dropping terms such as ” nigiri” and ” hamachi” would have gotten you some seriously baffled looks. Glitzy sushi joints soon replaced sandwich shops in the neighborhood strip mall. 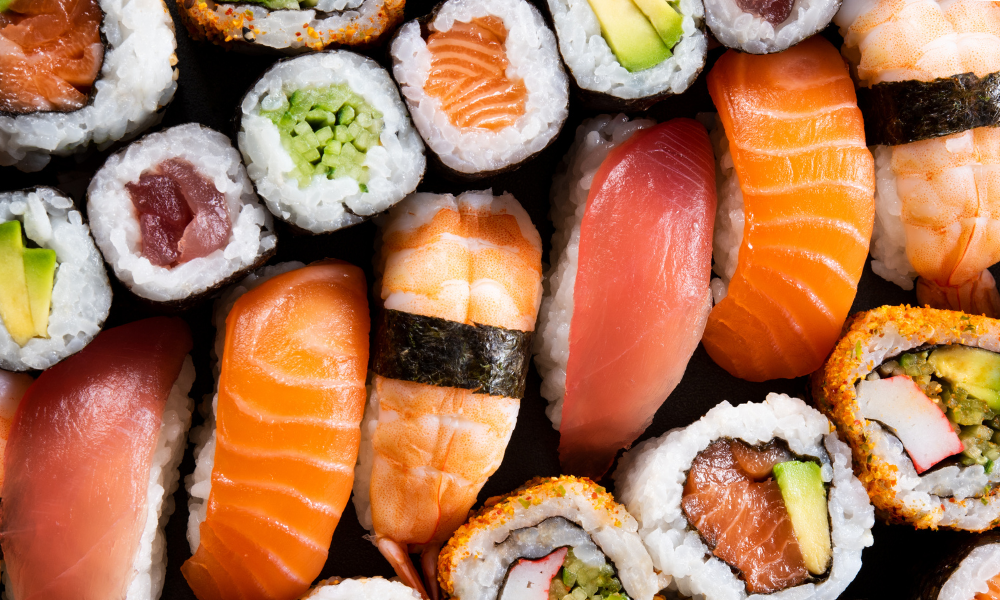 1) Sushi Does Not Mean Raw Fish

Yet ” Hey, honey, let’s go have some rice with vinegar” doesn’t have the same appeal as the prospect of eating thin slices of raw fish over tiny pads of seasoned rice. Technically, the vinegary rice is called Shari, which becomes sushi when paired with fish or vegetables.

People assume that the fish is fresh when they go to a sushi place, but in reality, much of the fish comes into the restaurant in a frozen state. Some sushi chefs believe that blast-frozen fish tastes fresher than the ” fresh” stuff because it doesn’t sit around for hours aboard the ship, waiting to be processed.

Plus, this method kills those nasty parasites. Of course, sushi chefs aren’t eager to tell you that your dinner was previously frozen. Before you get riled about this practice, consider this reality: eating thinly sliced dead parasites is much better than eating thinly sliced wiggly worms. 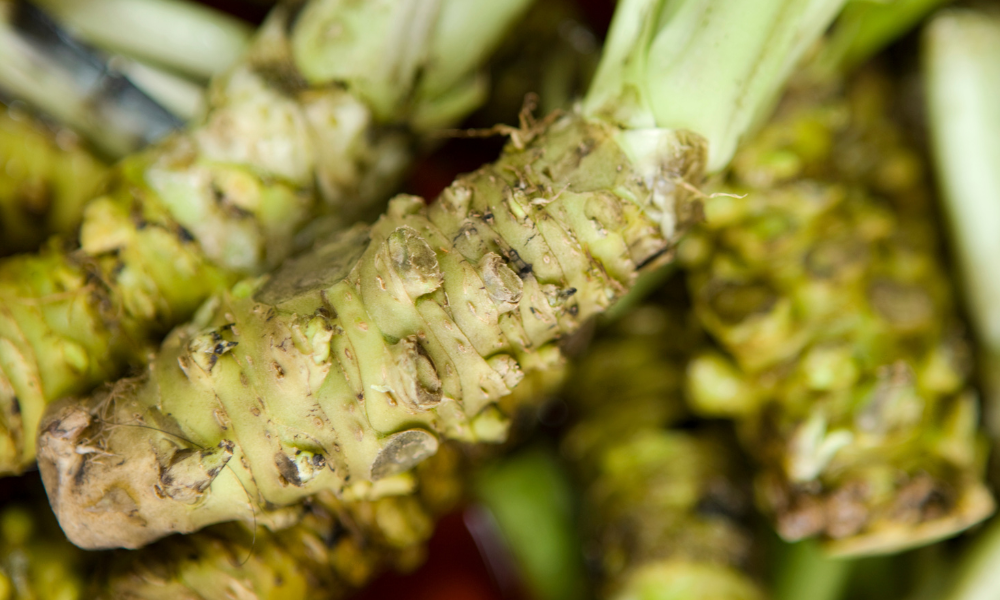 3) Real Wasabi is Hard to Come By

The wasabi that most American sushi joints serve is not, by Japanese standards, the real thing. Those pasty little dabs that come ornately presented with pickled ginger are usually made from horseradish powder mixed with green food coloring and dry mustard.

Real wasabi, bright green Japanese horseradish root that gets mashed into a paste, is incredibly spicy, and expensive, to boot. Also, wasabi shouldn’t be lathered on the fish like icing on a cake; it, along with pickled ginger, is supposed to be eaten sparingly after taking a bite of fish.

4) Not All Ginger is Created Equal

Pickled ginger is another contentious issue amongst sushi purists.

The majority of American sushi joints use pre-packaged pickled ginger, but some attentive sushi chefs shave their own ginger and pickle it themselves.

Most of the processed pickled ginger (pink or golden yellow) that restaurants use is packed with aspartame and potassium sorbate, and some processors even use MSG. Aspartame, the main ingredient in Equal, NutraSweet, and Spoonful, is an artificial sweetener. Potassium sorbate gets used as a preservative. The pink ginger is dyed with red food coloring.

High mercury levels are common in large fish species such as yellowfin tuna and blue marlin. But you generally aren’t going to see this information printed on menus. Some sushi restaurants voluntarily state that eating raw fish in massive quantities is not advisable for children and pregnant women.

Broadway actor Jeremy Piven, who reportedly consumed a steady diet of sashimi and sushi, recently quit his role in “Speed-the-Plow,” in the middle of its run, because toxic mercury levels were found in his bloodstream. Mercury poisoning is very dangerous and should be considered when consuming fish. 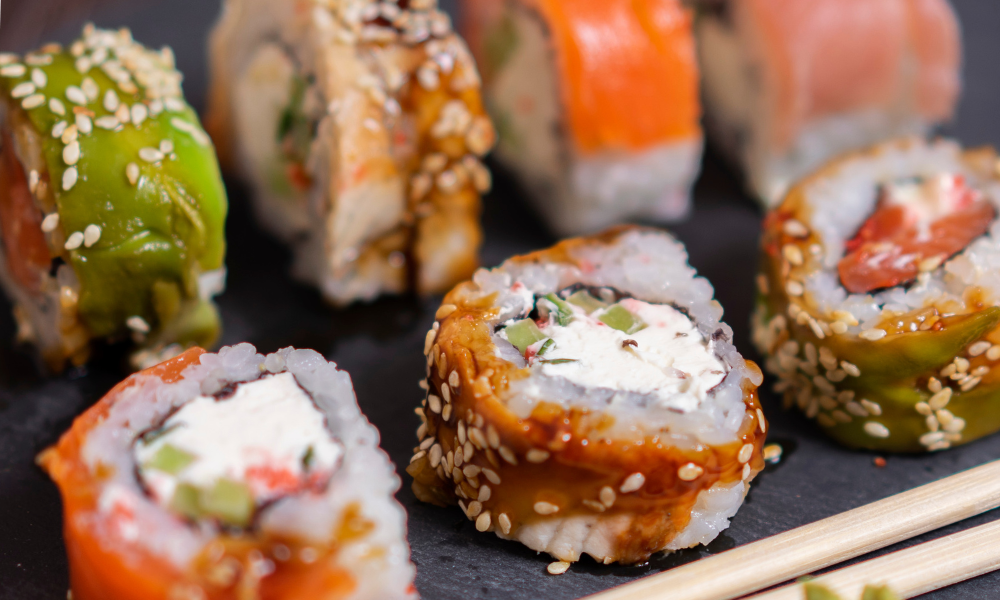 To begin with, sushi costs more than most other foods. On average, a plate of sushi at a restaurant costs $17 USD , which makes it more than three times as expensive as an average meal, which usually comes out to about $6 USD .

This high price point for individual servings does not account for the massive markup prices in Japanese restaurants outside of Japan — many of these places charge even more than their Japanese counterparts due to location and cultural bias.

Although sushi bars use extremely fresh ingredients, without proper refrigeration there’s a high risk of contamination from microorganisms. This could result in an upset stomach or worse.

Sushi bought at restaurants outside Japan did not comply with Japanese food preparation standards under the Food Sanitation Law 1986. In fact, sushi was never even a traditional Japanese dish; it came from Southeast Asia where people ate spoiled fish with rice to prevent scurvy.

When visiting a sushi spot, make sure they have earned a high grade on standard tests and follow sanitary protocols.

Have you ever thought about what makes sushi so delicious? Most people think it’s rice, but they’re wrong! It’s actually the salt that brings out the flavor in most foods. That’s why one tablespoon of soy sauce has 920 milligrams of sodium, which is more than half your daily recommended intake.

Sushi, sashimi, and sushi rolls can be very high in sodium levels and this is not good news for sushi lovers who are on a low sodium diet or have congestive heart failure. 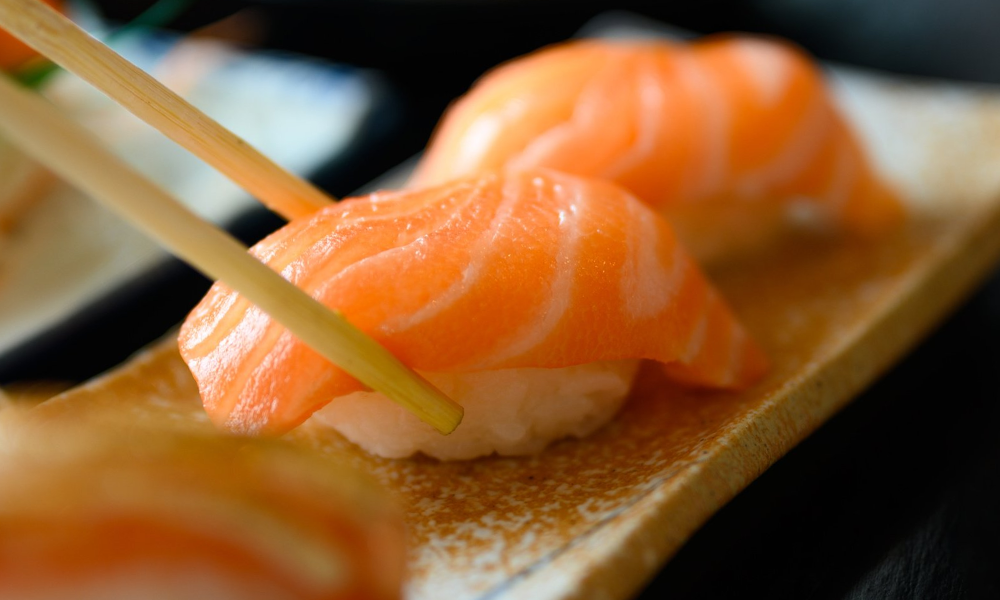 The side of ginger that is served with sushi can be consumed to help with this. In addition, ginger will help to add some flavor to the sushi!

If you have a sensitive palette, picking up some sushi may not be your best bet. Sushi’s ingredients are VERY flavorful, scaring away some eaters. Aside from flavor, ingredients in sushi tend to be extremely acidic.

Acidic food can cause acid reflux, digestion issues and can damage your teeth’ enamel. To play it on the safe side, try simple rolls such as veggie.

We hope you enjoyed this article, for more click here.